← more from
Memphis Industries
Get fresh music recommendations delivered to your inbox every Friday.

by You Tell Me 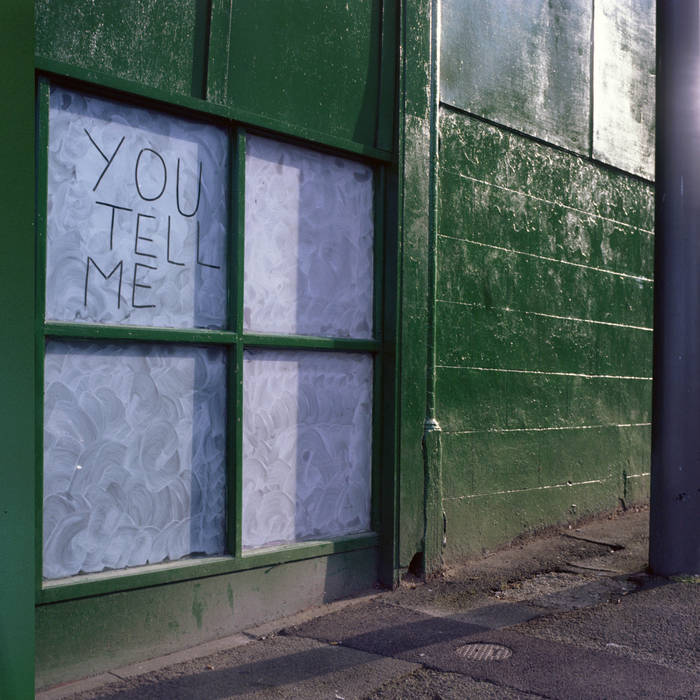 You Tell Me is Field Music’s Peter Brewis and Admiral Fallow member Sarah Hayes. Today they have shared details of their self-titled debut album and new single ‘Invisible Ink’. Their eponymous debut album was the last to be recorded at the old Field Music recording HQ and is set to be released on 11 January 2019 on Memphis Industries.

Following debut single 'Clarion Call', new song ‘Invisible Ink’ is the perfect window into You Tell Me’s debut album. Opening with a perpetual-motion piano line, the track combines Field Music’s expansive production with intimate and personal story-telling. According to Sarah, the song deals with “expectations and people’s individual ways of navigating these”.

As one half of Field Music, Peter Brewis has been honing the craft of pop song-writing for almost fifteen years, whilst Sarah Hayes has been exploring contemporary folk in her solo work, and the world of indie-pop via her band Admiral Fallow. After meeting at a Kate Bush celebration concert, the pair clicked. “I'd been an admirer of Field Music for a good while before meeting Peter at the gig,” Sarah recalls. “So I was pleased to discover he wasn't an insufferable diva, and delighted that he was keen to try working on some music together.” Peter had been “blown away” by Sarah’s voice during a rendition of “This Woman’s Work” and when investigating her solo work heard a lot of parallels to what he was trying to do in Field Music, while talking about their shared love of artists such as The Blue Nile, Jon Brion, Rufus Wainwright, Tortoise & Randy Newman then got to work.

By blending their distinct compositional talents, they’ve created a record that possesses their own clear styles but also a new voice too. With both of them writing songs and lyrics, Peter describes it as “a sort of dual-personal record”. Sonically, the result is a subtly crafted album with a rich and intricate sense of composition, in which strings glide above multi-layered keyboards and percussion, and vocal melodies wrap around one another in snug unison. In many senses it feels like a classic songwriter record – rich in craft, songs, arrangements and vocal interplay - yet it manages to feel stylistically contemporary and void of nostalgia.

Lyrically, Peter says, “most of the songs seemed to either be about conversations, be conversational or about talking or not talking.” Sarah echoes this: “the subject of communication - talking and listening, guessing and questioning - looms large on this record and in general for me. It's something I think about a lot.” Which makes sense given that this record is fundamentally a musical conversation between two new collaborators and friends, a constant back and forth of new ideas, shared influences and the expunging of inner feelings.

For Sarah this approach was an experiment that paid off. “Making this record has taken me out of my comfort zone,” she says. “We found a way of working which, while still peppered with various conundrums that crop up in making an album, was also fun and freeing. It can be a bit of an overused word, but I think this is a genuine and meaningful collaboration.”

You Tell Me Sunderland, UK

Bandcamp Daily  your guide to the world of Bandcamp

Little Brother joins the show to discuss their beautiful journey, plus tunes from Fat Tony